I rise to express my deepest sympathies to the many Australians who’ve been directly impacted by this catastrophic bushfire season. I particularly pay my respect to the families and colleagues of the firefighters who have died while serving our communities. I know there is nothing that we in this place can do to take away the hurt you are suffering, but please know that your loved ones will always be remembered by our nation.

I pay tribute to all of the firefighters—the volunteers and the paid professionals—who’ve endured so much and demonstrated around-the-clock dedication to their task. I know that firefighters from our CFAs in Jagajaga have been a big part of that effort, and to them and their families I say a particular thankyou for their work.

Thank you also to the defence personnel who’ve been on the ground and on the water evacuating people from emergency zones. And thank you to the many charities, community organisations, volunteers and Australians who’ve offered assistance and donations to our fire affected regions, including the many of you in Jagajaga who have done, and are continuing to do, so much fundraising and work to support those who’ve been affected.

I want to assure the people in communities who have lost so much and who are tired, worn out and grieving that they are not alone in this. We do stand with them. We’re ready to help, to visit and to spend our money, like they’re calling on us to do. We in this place are ready to advocate for them and to make sure that they get what they need.

I acknowledge the expertise and professionalism of the journalists and news organisations in their work during this crisis. I particularly want to acknowledge the role of the ABC. They were often the first people to deliver messages and emergency updates in real time. Many people have reflected on the fact that they were in towns and communities where roads had been blocked and electricity was cut off and that listening to ABC radio, through their portable stereos or in their cars, was their only connection to the outside world. This is a vital service. We must continue to support the ABC and the incredibly important role that it plays.

These fires, some of which are still burning today, are unprecedented. Cities and towns across our eastern seaboard have been shrouded in thick smoke, creating hazardous conditions. For the first time we’ve seen rainforests and areas of bushland that have no prior history of fires burn. In fact, the dry conditions we’ve been enduring this year brought the fire crisis very close to home for those of us in Jagajaga when a fire started in the Plenty Gorge and quickly threatened suburban houses at Bundoora and Greensborough. These are not areas where people normally expect to see a fire. It quickly took hold and it was a genuine threat. Fortunately, fire crews were able to extinguish it before it did too much damage. I do thank our emergency services for their quick work.

We’ve seen countless native animals die and their natural habitats decimated. This will have a profound and lasting impact on our wildlife populations. I thank the organisations and volunteers who have donated their services to saving injured wildlife and are assisting in their rehabilitation and release. We are now at a critical turning point in our history to conserve our native species, both flora and fauna, and to ensure that those ecosystems remain for future generations.

This season has really changed forever how we think of summer in this country. It was not a time of rest. It was not a time of enjoying being outdoors or of watching or playing sport. It was a time of fear and devastation for many. The constituents of Jagajaga could not be clearer in their communications with me. Hundreds of them have contacted me to say that they are scared for the future and that they want real action on climate change. My constituents rely on the evidence of scientists. They are frustrated at the culture wars that are getting in the way of the action we need. They’re fed up with us in this place and our inability to do our job to secure a better future for our country.

The science is real. Climate change is real. So I ask all of those on the government side, who are standing in the way of the real action on climate change that we need, to step aside. The efforts and sacrifice we have seen this summer deserve no less from those of us in this place. 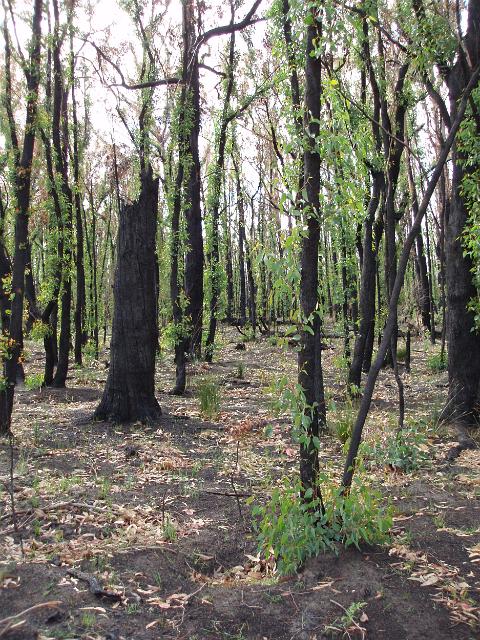 We must fight against Tuberculosis